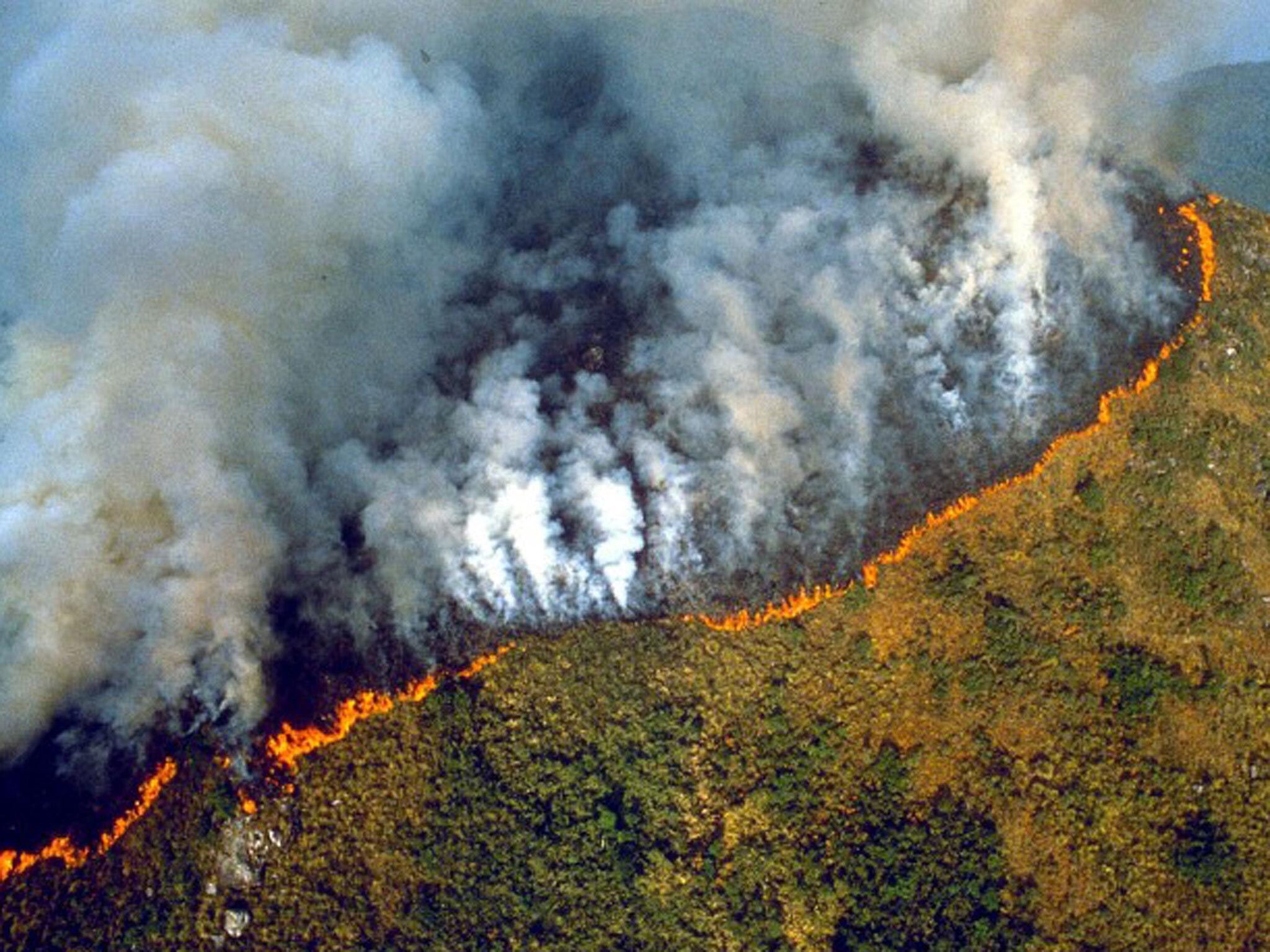 The Amazon rainforest is burning at a record rate. On Monday, Brazil’s largest state - the Amazonas - declared a state of emergency due to a rising number of fires in the region. So far this year, almost 73,000 fires have been detected by Brazil’s National Institute for Space Research (INPE), which marks an 83% increase from 2018 and the highest number on record since 2013, according to Reuters.

While the Amazon rainforest is typically wet and humid, July and August are the region’s driest months, which leads to an increase in fire activity. Typically, such activity peaks in early September and mostly stops by November, according to NASA. Many people use fire as a mechanism to clear land for farming or other purposes, and environmentalists say that humans are the root of the Amazon fires — not wind or heat.

While forests are usually meant to absorb carbon, not produce it, the fires in the Amazon have created a layer of smoke estimated to be 1.2 million square miles wide, which can be seen in NASA satellite images all the way from space. The effects of damage to the Amazon go far beyond Brazil and the neighbouring countries affected, as the “lungs of the planet” the Amazon rainforest generates more than 20% of the world’s oxygen and 10% of the world’s biodiversity.

The surge in the number of fires has coincided with the arrival of right-wing Brazilian President Jair Bolsonaro, who critics feel has emboldened farmers and ranchers use of fire to clear land to create pastures by removing penalties, therefore speeding up the rate of deforestation. Dismissing concerns about the number of fires in the Amazon, Brazilian President Jair Bolsonaro’s has said, “I used to be called Captain Chainsaw. Now I am Nero, setting the Amazon aflame.” He has justified the situation by stating that “its just the time of the year when farmers use fire to clear land.” Since taking power, Bolsonaro has mitigated what government agencies used to do to protect the rainforest, while his ministers have also made clear that their sympathies are with farmers and loggers rather than indigenous groups who live in the forest.

“On the question of burning in the Amazon, which in my opinion may have been initiated by NGOs because they lost money, what is the intention? To bring problems to Brazil,” the President told a steel industry congress in Brasilia. In addition to this, he has claimed that there aren’t enough resources to fight the fires, though the government is still investigating. Moreover, the director of the INPE- Ricardo Galvão, was fired on August 2nd after defending data that showed deforestation was 88% higher in June than it was a year ago, CNN reported.

Here is what you can do to help

1) Donate to the following organisations