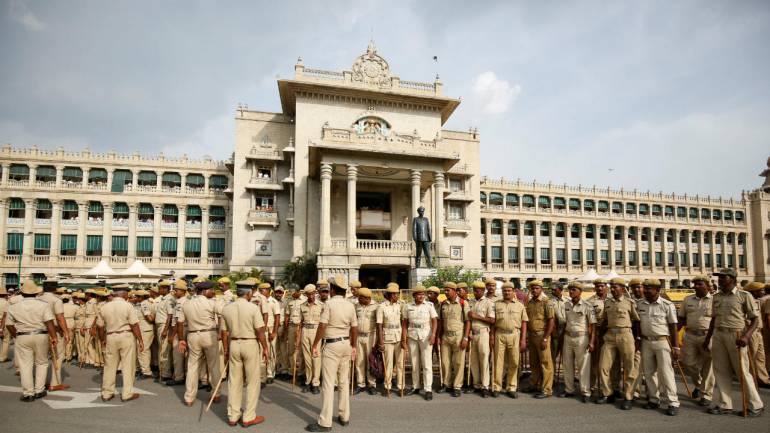 Karnataka state government was in a momentous crisis after 13 ministers submitted their resignations to Assembly membership on Saturday, 6 July 2019. This included 10 Congress and 3 JD(S) MLA’s.

Two independents legislators, namely H Nagesh and R Shankar - who had been appointed MLA’s only a month ago - also resigned and came out in support of the BJP.

In an effort to salvage a Congress-JD(S) leadership, 30 ministers including all 21 of Congress and 9 of JD(S) quit the government, to pave the way for CM Kumaraswamy to reshuffle the cabinet by bringing back the rebel MLA’s. Congress leaders claim reshuffling will be done based on eligibility, social justice and regional balance.

All 15 rebel MLAs are being ferried to Goa from a plush Mumbai hotel where they have been closeted, sourced said. The MLAs are under threat of horse-trading, or party deflection.

Only 13 months ago, the Karnataka state assembly comprising 224 seats was formed under a post-election coalition, after the Congress-Janata Dal (Secular) alliance emerged as the victors after securing the halfway mark of 113, and securing a majority of 118 seats. The Bharatiya Janata Party (BJP) is the main opposition in the state government.

All eyes are on the Speaker of the House, K.R. Ramesh Kumar, who also has a vote, and is yet to accept the resignations of the rebel MLAs. Kumar has stated he will consider the matter today, Tuesday, July 9, 2019.

On the surface, the ruling coalition is facing a numbers issue.

Below the surface, the ruling coalition is revealing fractures and factions: